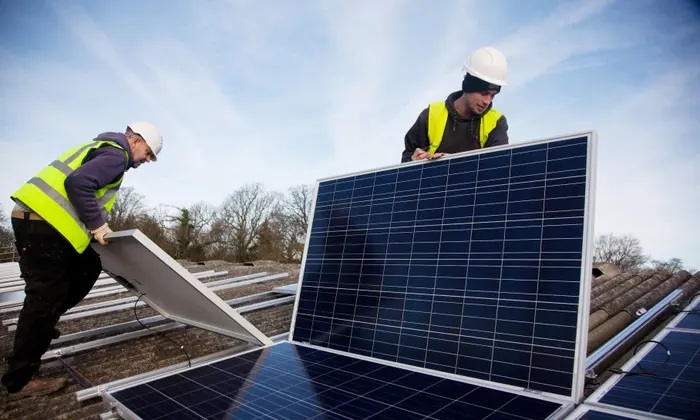 Constant improvement in solar panel installations and solar power banks is making it easier for consumers to benefit from solar energy. Looking at the recent developments, it might be easy to see solar energy as a new innovation, but it’s not. The technology has actually been around for at least 180 years and humanity has been harnessing the sun’s heat for centuries.

During the 2nd century B.C., Archimedes was said to have set ablaze invading Roman ships by reflecting the rays of the sun — using bronze shields. Experts contest the validity of that account, but MIT students did manage to set fire to a wooden ship, albeit with the most ideal conditions in place.

Roman bathhouses are known to have large south-facing windows to allow warmth from the sun to enter. Also, throughout the Byzantine period, sunrooms were frequently found on several buildings.

These are just a few examples of our initial efforts at using the sun’s energy for heating purposes, but it wasn’t until the early 1800s that the sun would become a potential source of electricity.

In 1839, a French scientist by the name of Edmond Becquerel discovered a breakthrough that would revolutionize energy generation for decades to come.

While experimenting with silver metal plates within an electrolyte solution, Becquerel noticed that the wet cells’ voltage increased when exposed to sunlight. This phenomenon is sometimes called the Becquerel Effect, but it is more prominently known as the photovoltaic effect.

The latter consistently occurs when semiconductors are used. Semiconductors can’t guide electricity well, but when exposed to heat from sunlight, they become excellent conductors.

It would take several more years before the entire process was better understood and applied on a large scale.

By the 1870s, long after Becquerel’s work, the English scientist, Willoughby Smith, discovered an ideal semiconductor in the form of Selenium. This insight would eventually help the American scientist, Charles Fritts, to invent the very first Selenium solar cell in 1883. But it converted less than 1 percent of sunlight into usable energy.

After the second world war, scientists found that silicon was an even better semiconductor than Selenium. This was a crucial discovery because silicon is one of the most common elements on the planet. Not long after, the first solar panel utilizing silicon was built in 1954. It converted more sunlight into electricity, making it more efficient than its Selenium solar cell predecessor.

Together, these key developments set the stage for the ramp up of solar energy research.

Nowadays, solar energy is used across a broad spectrum of human activity. From powering homes and fueling solar-powered vehicles to recharging portable devices like sports wristwatches.

Companies like Tesla are proving that electric vehicles can become a reliable form of transportation. The Department of Energy has been funding initiatives geared towards the continued development of solar energy generation and storage.

As the world becomes more serious about combating climate change and abandoning fossil fuels, solar energy will continue to evolve and might eventually become one of the primary energy sources of the future economy.